Last time out we covered how season one on the south coast of France unfolded. Despite an unimpressive ninth place finish we managed to finish the season on a high with our first piece of silverware, the Coupe de France in a 3-1 defeat of Paris Saint Germain, the powerhouse of French football.

Thanks to Coupe de France win we secure a place in the Europa League Group Stages. So could we build on an unimpressive domestic season and compete on another front in Europe.

We opened the season with the Trophee des Champions against league winners, who are no other than Paris Saint Germain. In what was a frustrating game, we thought we had managed to nick a 3-2 win after a disastrous own goal from Marquinhos in the 91st minute. However, it was not to be, with Christian Eriksen netting an equaliser in the 92nd minute and Thiago Silva scoring the winner in the 94th minute, the last play of the game.

The remainder of the August saw us secure wins against Stade Brestois and Lille. Sandwiched between our two wins saw us secure a well earned draw versus PSG thanks to a goal from loanee Abel Ruiz, of Barcelona and an embarrassing loss against Monaco.

September was a disappointing month, despite picking up two wins. On paper, this was a month that we should’ve been able to get something from every game. The positives being a first European win against Astana, in what was a dull game where Astana parked men behind the ball all game. The defeat to Stade Reims was one of the most embarrassing of the season, and had the board questioning my ability to run the team.

October saw an uplift in our domestic form with three convincing wins, this was probably in correlation to the teams we fielded in the Europa League. A weakened team was played against Chelsea as I had no faith in picking up an points at Stamford Bridge, but due the loss to AEK was humbling, a rotated team defeated at the Allianz Riviera.

November was an action packed month seeing us play six games, including two in Europe. However, there was a certain uplift in form with us only drop two points from eighteen. Two strong and comfortable wins against Astana and AEK seen us back into second place in Group J.

December saw another increase in games, with seven games being played, of which two were friendlies. A huge 8-2 win against Montpellier saw us get the month of to a flyer, a month that would remain flying with the only blemish coming with a draw with Lyon, which was well earned in hindsight.

The key result in December was the 2-0 home win against Chelsea, which saw us secure a second place finish in Group J, meaning we play in the knockout stages of the Europa League come February.

January was another action packed month seeing us play another six games. This is due to entering the Coupe de France. We faced one of our affiliates, Etoile in the 9th round, which seen us secure a comfortable 3-0 win. This set up a tie with Granville, which also seen us secure a 3-0 win. The 11th round of the cup saw us take on Saint-Etienne, which required extra time to separate us from them, thanks to a 93rd minute header from Malang Sarr.

If you thought December and January were packed with fixtures, February came along and blew this out of the water with eight games across three competitions, reward for being competitive on multiple fronts.

We managed to secure 8 points from 15 domestically, but with a blemish being a big defeat at the hands of Marseille in the Sud Derby, again the board were displeased.

In the Coupe de France we managed a comfortable win against Nimes thanks to a brace from our young Uruguayan starlet Matias Arezo, who joined in January from Montevideo.

After qualifying from Group J, Athletic Bilbao headed to the Allianz Rivera for the first leg of the tie, which seen us eek out a 1-0 win thanks to Wylan Cyprien long range effort just before half time. However, the away leg didn’t pan out as planned and we conceded a late goal in the first half which took us to extra time and eventually penalties, where we scraped a win and advanced to the Second Round of the Europa League.

March, April and May saw our form drop off a cliff.

We were drawn against Valencia in the Europa League 2nd knock-out round, and as expected, this saw us depart the competition. A 4-0 away leg sealed our fate, but a more respectable second leg saw us manage a draw, a consolation of sorts.

To add to the disappointment of being knocked out of one cup, PSG then went on to knock us out of the Coupe de France just three days later. Meaning we were unable to defend our title.

The remainder of the season was terrible, and cost us greatly as we slowly slid down the Ligue 1 table. From our final eleven games of the season we managed to pick up only 12 points from a maximum 33.

With five of our total eleven losses coming in the final eleven games of the season meant we dropped from third place all the way to sixth to finish the season. Meaning we missed out on qualifying for the Champions and Europa League. However, not all was lost as I had thought, thanks to the introduction of the Europa Conference League, which we will play in, in 2021/22 season.

Season two saw us dip back into the market, spending a reasonable £3 million, which in hindsight is a very good return on investment.

Louakima, Larouci and Baroudi were brought in via recommendation my Director of Football with the aim of developing them for the future. All three players operate out of defence, playing right back, left back and centre back respectively.

Given I am writing these first two seasons blogs as I finish up season four allows me to give you the spoiler that one of these players does go on to develop into a top talent and one of my favourite players.

The remainder of the transfers were brought in to strengthen the first team squad. Blesa and Traore offered us more options at centre midfield along with Mejbri coming in in February to bolster the squad due to some injuries during our busy December and January.

Arezo offered a back up to Kasper Dolberg up top with the aim of becoming the eventual starter whilst Abel Ruiz operated as an inside forward on the right side of midfield. It has to be said that Abel Ruiz was something of a superstar, scoring 13 and assisting 12 in his season with us, and we tried to sign him permanently but Barcelona wanted £101m, so we passed on that.

Departures were limited, other than sending a lot of youth prospects to our affiliates Lausanne in Switzerland and Etoile in France.

However, Liverpool came calling for my youth intake star Gavin Nampiandraza, and the board sold him from under my nose, which was rather disappointing. Here’s how he looks at the end of 2022/23 season.

Pretty impressive for an eighteen year old who could cost a maximum of £6.75m and to date has only cost £1.4m.

Thanks once again for joining me to recap season two of our journey with Les Aiglons. I hope that you will join me again to see how we can progress in Ligue 1 and as we take on the new European Conference League.

P.S – Come and join me over on Football Manager Slack at #cc-fm 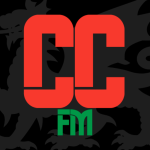