With a pivotal point in the season fast approaching – it’s not only crunch time in the league and Scottish Cup but, also in Europe, as we sealed our place in the UEFA Europa League last-32 after finishing third in a hyper competitive group containing Chelsea, Valancia and FC Porto. We host our rivals at Ibrox at a time when we command a slender two point lead at the summit of the league table. We then must travel to Parkhead, where we meet them in a do-or-die Scottish Cup quarter-final clash.

I decided to draft this additional piece with the intention of looking at the  striker crisis affecting the club following the Christmas day ding-dong with Aberdeen at Ibrox. Colombian hitman, Rafael Santos Borré snapped a couple of ribs due to an overly robust tackle from an opposition player. The feisty encounter would end in a 1-0 victory following a less than dazzling display, however, the damage inflicted on our star striker was to be all the more concerning. Borré would be sidelined for the coming two months in a campaign that was about to reach boiling point. Dapo Mebude would be the only first team striking option with several of our academy prospects out on loan or simply not ready to meet the demands and pressure lying in wait.

The club is currently in a strong financial position. Huge earnings from player sales, allied to player progression from within the academy setup also seen the wage bill drop massively. We can basically do as we please, however, instead of throwing vast sums of money at a permanent signing to solve a short term injury crisis – I’ve opted for a four month loan with no future obligation to buy. This could be the difference between a domestic clean sweep and a solid run in Europe or, ultimate failure.

Moving on from the disappointment of losing out to Borussia Mönchengladbach in our January transfer pursuit of Alfredo Morelos – I felt it would be important to deliver a jolt to the Rangers support. Something to breathe extra life into everyone concerned as we enter the pivotal part of the season.

This is a great opportunity for a player who has reached the summit of the game, only to have lost his way, particularly at club level. There haven’t been many players who have moved to Manchester United and improved as footballers in recent times and, Alexis Sánchez is one of those. It’s a shot in the arm for the Chilean forward. Another chance for silverware at a footballing institution the size of Rangers. You can see that Sánchez still oozes class and, with the drop in quality regarding Scottish football, he should be more than able to make a real contribution during the testing weeks ahead.

Alexis Sánchez has arrived and proceeded to do exactly as intended.

I’ll admit to having a thing for getting a tune out of ageing stars in Football Manager and envisaging the mass turnout of fans if a player of such repute were to sign for their club. In this case – my club. It just so happens that we’ve been able to do it here – albeit on a small four month scale. However, we were plunged into a striker injury crisis at a crucial point, so I acted by doing something that I find fun within the game. I’m still 100% focused and stand by the aggressive development of youth players within the academy structure, but please allow me this four months of Sánchez. 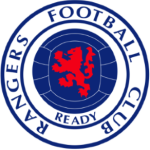