I’ve come to the end of the first season in Farum and it’s been a fun save so far. Although, I’m trying to stick as close to the FCN ethos as possible away from the pitch, on the pitch I won’t be sticking exactly to it. I think there will be similarities in the principles of how I want the side to play but the initial formation won’t be.

As far as I’m aware FCN usually line up with 3 at the back with attacking wing backs either side, although they started with four at the back yesterday in their first friendly of 2020. Below is how I lined the team out for the first half of the season, I wanted to stick to this tactic for at least three months and tweak there after depending on how it’s played out.

There’s a few things that I want to achieve with the FCN side.

I’ll touch more in depth about my tactic in a future blog.

As you can see from the results above things started out really well, one loss in our first 13 games and that was against the strongest side in the division, FC Kobenhavn. Only one further defeat followed prior to the winter break. The eagle eyed among you will notice that Godsway Donyoh has been on the score sheet many times, which is a great sign for how the tactic is working out. Something else you can’t see from the above is that our attacking left full back, Clinton Antwi is top of the assists charts so far.

During the winter break I decided to bring in a couple of players, I had my scouts roaming Ghana and Scandinavia looking for hot prospects and we were developing a nice shortlist of players just in case we needed to bolster our ranks. I decided to bring in two players who impressed me from Ghana, both were slightly older than I’d like to sign but I wanted to test the water to see how they would develop. Ibrahim Issah joined from Dreams FC and is being trained as Inside Forward whilst Justice Amate joined from WAFA SC and is being trained as a Inverted Winger. I’m a big fan of highest determination players and with their strengths of speed and dribbling/finishing it’ll be interesting to follow their progress.

Our form continued after the winter break, I’ve found that we’re having the majority of possession in most games but sometimes struggling to break down the opposition. I’ve been making a few tweaks during games to attempt to break the deadlock but there’s the odd game where we’ve failed to do so.

For those not aware, the Danish league splits after 26 games. Here’s the table after we’ve played each team twice, things are going better than expected and we’re not too far away from FCK. The boards expectations were to reach the Championship group and we’ve done that we ease so that’s pleasing. Surprisingly, Midtjylland and Brondby failed spectacularly, I would have expected more from both of those sides.

After the league splits, we are due to play each of the other top six sides twice. We weren’t so bad during April but as you can see our form was a disaster in May. I made the mistake of thinking ahead to next season and I experimented with tweaks to the tactic to try and create more chances and we ended up looking really good in the wins we had but after the OB game we lost our way defensively.

You’ll also notice that Godsway Donyoh didn’t score after the winter break, that was a big reason as to why we struggling, especially during the run of defeats in May. Antwi only notched one further assist after the split too. I need to go back and figure out what happened and will update you in the further blog post.

We were lucky that we made so much progress before the league split. Ultimately, we achieved board expectations and I’m chuffed with finishing in 4th place. There’s lots of potential in this young squad and I’m excited for the future, we’re already overachieving and I intend to continue to do so.

Thanks for reading and following along so far, I have plenty of plans for content in terms of updating you on playing squad, the B team and the youth side, playing pathways and much more. 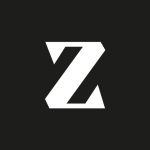