If the previous season in my FM19 save with Arsenal de Sarandí was about some right decisions and a Marcelo Pérez switch to the right wing, the 2035/2036 season was even more eventful in terms of the tactical changes.

The main aim of this part of the save is still the same – I want to enjoy players development, I try to experiment with training sessions and I like to develop my flat 4-3-3 formation further…

Unfortunately, I definitely lost any enjoyment of set piece routines creation. Every time I create something new, the game decides to move several players to different roles just because I played rotated squad or subbed some players who were takers and the game creates some exploit by itself. And I don’t like it. It’s not worthy.

But there is hope. As every year. Maybe it will be fixed in the next edition. Maybe…

If I mentioned the experiment with training sessions I decided to edit my training schedules a little bit during this season. We talked about training in FMSlack recently a lot and it’s the inexhaustible theme as all of us have a different approach or thoughts about training.

If you want to read…

I would say my original training schedules were compact but I took it a little far in terms of intensity.

Example: even if there are two or three matches per week there is no rest day and there are also physical or overall session after the matchday because players who didn’t feature in the match don’t need a rest. They need to work as usual.

That’s why I use individual rest option so if I don’t want to kill my own players with a physical training session after the game, they will get a rest. But youngsters or backup players train as always.

There were some very consistent players during the season in terms of high training performance/rating. For example, a 21-year-old striker Fabio Russo was between 9.6 to 10 rating several consecutive weeks.

I praised him six times within one and a half month. He didn’t even want to receive the praise in the end but his training morale was still perfect.

One of the key decisions last season for our success at the end of the season was when I moved striker Marcelo Pérez from a lone striker role to the right side to play him as a winger with support duty.

He really found himself in this role and he is our key player. He can cross but he also acts like “false inside forward” and he scores goals like this very often.

The recently finished 2035/2036 season brought other changes within our 4-3-3 formation with a flat midfield trio. And also one variation with a defensive midfielder.

I liked to use Roaming Playmaker in the past and I decided to implement it to my formation.

The Roaming Playmaker is the heartbeat of his team, driving forward with the ball to spearhead attacks as well as tracking back to cover defensively. Always offering a passing option to teammates. The Roaming Playmaker must have the physical attributes to maintain a high intensity as well as the technical attributes to stamp his authority on the game.

I played Luciano Cambiasso mainly in RPM role and he was good but maybe to find the absolutely and 100% perfect roaming playmaker is our next main goal of the save.

The main changes were within the flat midfield trio. The Deep Lying Playmaker with defend duty was changed to CM(D) to have one deep player as a focal point.

The most common goals thanks to a cooperation by IF(A) Felipe Reta and W(S) Marcelo Pérez.

Another change is a switch from Balanced to Positive mentality. You can compare both versions below. The principles are the same RPM with a positive mentality brought bigger fluidity to our game and we scored much more goals since the change (after the first three or four matches when players when more used to the new roles).

The higher defensive line with extremely urgent pressing intensity are great things but I found out it’s very dangerous against some formations. Mainly against 4-4-2 as we didn’t face a narrow 4-3-3 formation this season if I remember it right.

The 4-4-2 formation is not the most faced formation and not even the most vulnerable.

When I open the schedule screen and sort the screen by opposition formation in the right column I can see 10 competitive matches against 4-4-2.

It started with a 0-1 defeat by Vélez and ended with a 4-1 win in the Superleague Cup Final against Racing Club. “There are green dots, what you are moaning about?!” I hear you…

…but most of these wins are tight wins by one goal. Two of them in the Copa Argentina and Superleague Cup Quarter Final only thanks penalties. The pre-last match and crazy 5-4 win over Vélez was the very last alert.

I already have prepared the 4-3-3 formation with the defensive midfielder/roaming playmaker role but I removed the higher defensive line and let it to standard.

The rest of the tactics was the same except the Distribute to Playmaker in comparison with Distribute to Centre Backs. The result?

We won the Superleague Cup Final against Racing Club 4-1 after a very dominant performance. We faced Racing and their 4-4-2 formation five times this season, the final match was the best and I can say it was a good decision to make tactical changes.

Striker Felipe Reta was one of the summer signings before the 2035/2036 season. He was signed for free as he refused to renew his contract with Atlético Tucumán.

He was 23 years old and he was happy with backup squad status. I wanted him as a backup player for DLF(A) or W(S) roles. He had a great season and he became my first IF(A) choice on the left side as younger Franco Arroyo was inconsistent.

Right-footed Felipe Reta made 28(10) appearances, scored 20 goals and made 7 assists with an overall average rating of 7.33. I’m sure Venezuelan side Deportivo Lara will not forget him for some time as we beat them 7-0 & 6-0 in the Copa Libertadores Group Stage and Reta scored seven goals from these thirteen.

We had also very productive winter transfer window as we sold 19-year-old central defender to Napoli for €20.5M with 50% from next transfer or our own newgen Renzo Contreras to Crotone for up to €8.75M.

It really boosted our finances especially as we are improving training & youth facilities and the club has loans for the new stadium.

The main star of the season was mentioned Marcelo Pérez again. If you don’t remember, I signed him for free two years ago from Newell’s. He made 47(2) appearances as W(S) in AMR slot, scored 25 goals and made 17 assists.

We finished 3rd in the league campaign, three points behind champions Boca. We made it to the Copa Libertadores Semi Final in the first part of the season where we lost to Corinthians. We won Copa Argentina, Supercopa Argentina and mentioned Superleague Cup.

We have an only one-week long holiday now and we will face Flamengo in the Copa Libertadores 2nd Round just 25 days after the Superleague Cup Final. Only three weeks of preparation.

But I’m sure these players will make it…

As always, if you would like to ask something, just let me know.

Until next time…take care! 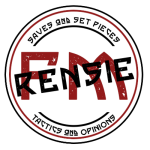